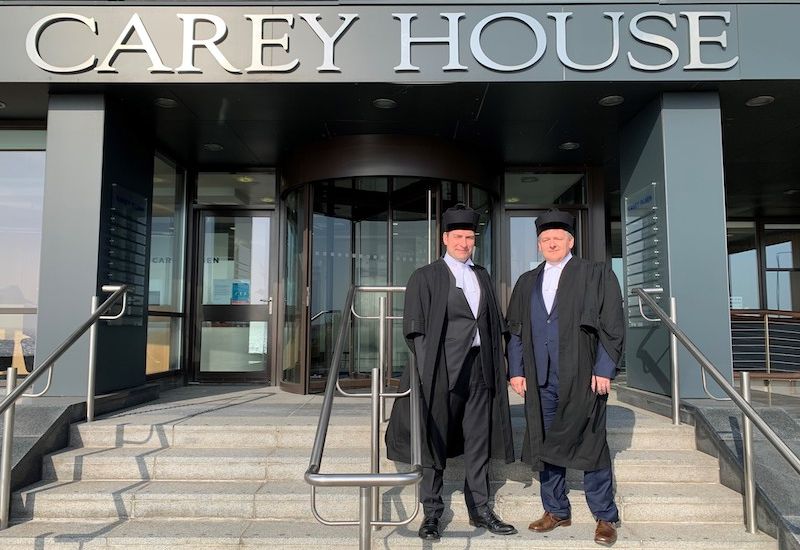 Two Senior Associates at Carey Olsen have been admitted as advocates of the Royal Court of Guernsey.

Having successfully completed their Guernsey Bar exams and the Certificat d'Etudes Juridiques Francaises et Normandes at the University of Caen, Chris Hutley-Hurst and John Scanlan were called to the Guernsey Bar at a swearing in ceremony at the court earlier this month.

Both are members of Carey Olsen's Guernsey corporate practice, with Mr Scanlan joining in 2012 and Mr Hutley-Hurst in 2014.

Mr Hutley-Hurst advises on a wide range of corporate, private equity, fund and listing matters for clients which include financial institutions and local businesses, as well as leading law firms based in London and elsewhere. He also has experience in advising multinational corporates and financial institutions on international tax initiatives such as economic substance requirements and base erosion and profit shifting.

Meanwhile, Mr Scanlan advises both international and local clients on a broad range of corporate matters with a particular emphasis on the establishment, management, structuring and restructuring of both open-ended and closed-ended investment funds, private and listed, as well as advising on general corporate and regulatory issues.

"We are delighted to see Chris and John called as Guernsey advocates and congratulate them on their success in completing the Guernsey Bar examinations," said Partner and Head of Carey Olsen's corporate practice in Guernsey, Ben Morgan.

"Since joining Carey Olsen, both have developed a strong practice and are valuable members of our corporate team in Guernsey."