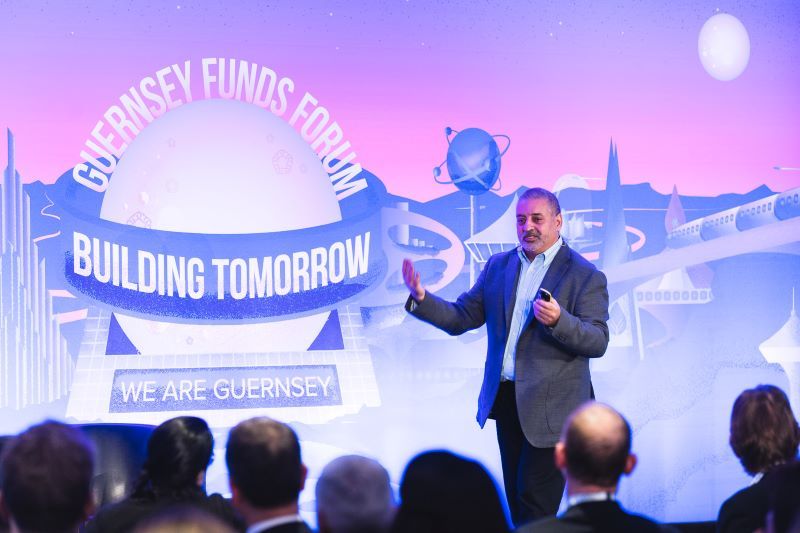 The Guernsey Funds Forum has identified four key factors which will shape the global funds industry, as We Are Guernsey hosted the first in-person event in its calendar since the pandemic began.

Innovation, people power, the continuing pandemic and climate change were all highlighted as being the priority topics at the 2021 'Building Tomorrow' Guernsey Funds Forum, which was held in London earlier this week.

Global futurist, author and CEO of Fast Future, Rohit Talwar, was the event's keynote speaker, and he discussed how technology is being applied across the world, in many different economic sectors.

“We’re probably going to see more innovation in the next decade than in the entire history of humanity,” he said. “We’re seeing a massive amount going on in the funds space - [some companies] are using machine learning to look at 100,000 past deals and using robots in the decision-making process.” 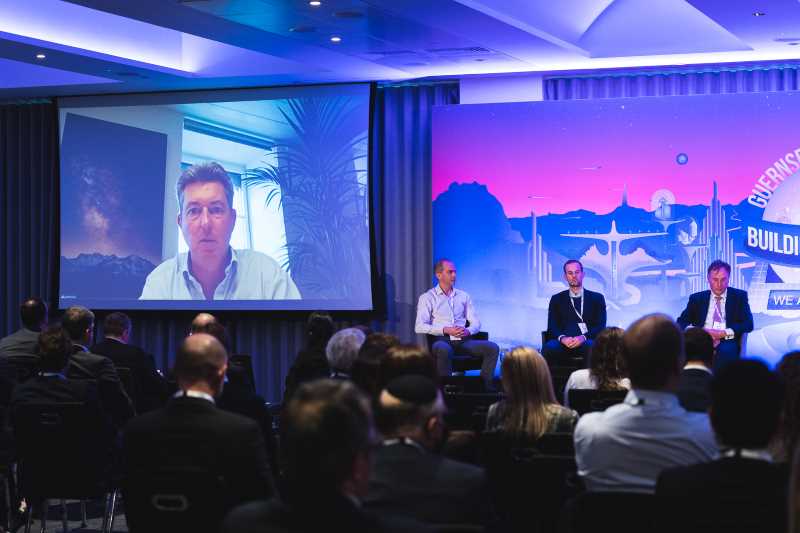 Pictured: A panel of invited guests discussed the four key aims for 'Building Tomorrow' at the 2021 Guernsey Funds Forum.

As well as the keynote speech, there were two panel discussions. The first featured Marc Cohen of 1818 Venture Capital; Christian Gabriel, Founder and CEO of Capdesk; Robert McAdie of BNP Paribas; and Guy Semmens of Gyrus. Together, they noted the importance of people, citing the tight labour market, global skills shortage and the impact of wage increases as accelerators of change.

The impact of people of growth aside, Mr Cohen shared his perspective on the importance of people when picking investment winners. “We look at the founders. We look for people who have adaptability, resilience, intelligence and a deep understanding of the industry they are in, but who are not afraid to do something new and different," said Mr Cohen.

The panel agreed that while there are many issues yet to be resolved, capital flows into ESG (environmental, social and corporate governance) are dominant and, alongside corporate shifts into green business, behaviour is moving in the right direction. The importance of green finance was echoed by the second panel, featuring Damon Ambrosini of BDO; Tom Carey of Carey Olsen; The City UK CEO Miles Celic; and Daniela Silcock of the Pensions Policy Institute. They discussed how the industry might develop.

Mr Carey said that Guernsey’s finance industry is already delivering against the nexus of tech and climate change.

“Guernsey is well poised to take advantage of future trends in alternative fund management with its world-renowned expertise in private equity fund administrations, including innovations such as the first blockchain technology being created on the island," said Mr Carey.

Mr Celic said that there was much that Guernsey and the UK could learn from each other and both could take advantage of their ability to move quickly to capitalise on the opportunities presented by emerging technologies.

“Guernsey is an example of a terrifically efficient and effective, globally-competitive centre outside of Europe. It’s nimble, it’s responsive, it’s proactive – exactly what the UK could be doing," said Mr Celic. 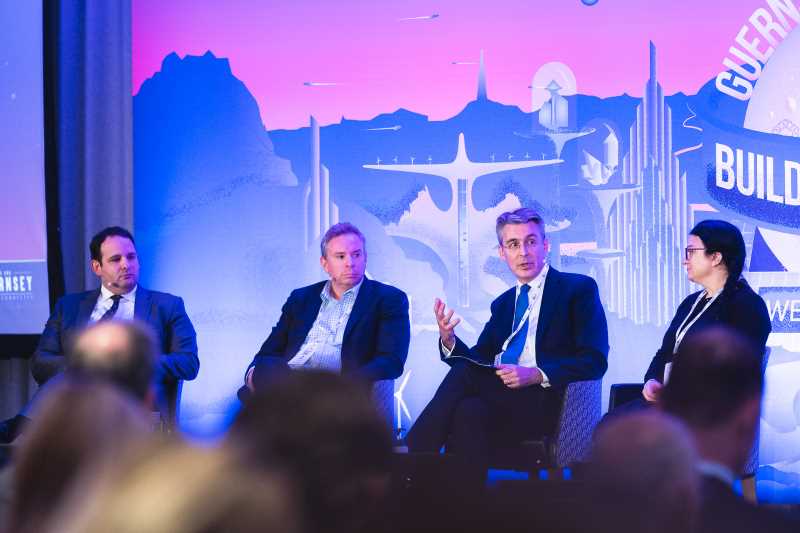 Pictured: The second panel discussion was on how industry might develop in the future.

We Are Guernsey Chief Executive Rupert Pleasant said: “It is these very times that highlight the role that Guernsey plays, offering stability, substance and flexibility in a world where, as Rohit described, those who are not changing fast enough will become obsolete.

“Guernsey has always been at the forefront of innovation in financial services. The island launched the first-ever commercial deployment of blockchain technology for the private equity market, which addressed the needs of investors seeking greater transparency, security and efficiency. It’s clear that innovation, people, power and ability to move at speed are important to emerge from the pandemic and build tomorrow.”

Pictured top: Global futurist, author and CEO of Fast Future, Rohit Talwar, was the keynote speaker at the We Are 2021 Guernsey Funds Forum.