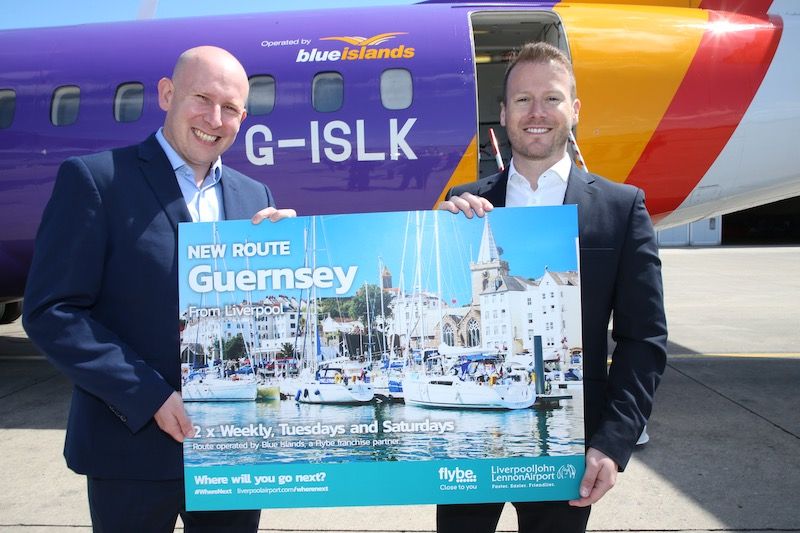 Blue Islands has flown its first flight between Guernsey and Liverpool.

The airline has established a twice-weekly connection which will run until 14 September, taking off for the first time earlier this week.

To celebrate the flight, Director of Aviation Development at Liverpool John Lennon Airport, Paul Winfield, joined Mr Veron for a presentation next to the ATR 72 aircraft which was met by traditional water cannon salute on arrival.

Mr Winfield added: "We're delighted to welcome Blue Islands to Liverpool for the first time as they become the latest operator to join the growing list of airlines operating from Liverpool.

"Guernsey is another fantastic destination to be served from here, giving the region's travellers the opportunity to travel to this beautiful Channel Island direct from Liverpool, the North West's faster, easier, friendlier airport."

Mr Veron continued: "Islanders can now enjoy direct connections to the cultural city of Liverpool as well as the Lake District and North Wales, and offers a lower cost alternative to Aurigny's Manchester service. What's more, the new route will also be a boost for inbound tourism to Guernsey."

Flights can be booked now at Flybe.com.