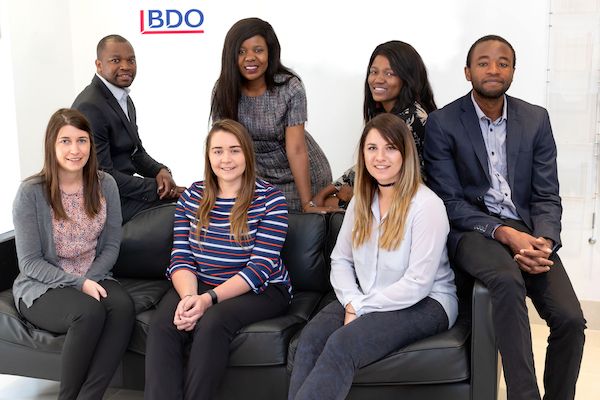 BDO Limited has further strengthened its audit offering with the promotion of seven employees to the position of audit supervisor.

The accountancy and business advisory firm has made the promotions as part of its continued growth. It now employs more than 80 people.

Managing Director, Richard Searle, said: "Each of these promotions is so well-deserved and I wish all of those involved every success in their new role. Nurturing the progression of our people and providing a clear development path are essential components of our people growth strategy."

Ms De La Mare started at BDO in 2012, completing her ACA training whilst working in the firm’s audit department. In 2017 she was promoted to audit senior, working on audit and assurance engagements for commercial clients reporting under UK GAAP in sectors including retail and construction.

Ms Gervaise-Brazier joined BDO in 2009 as a bursary student whilst studying for her degree at the University of the West of England. She began her training with the firm in 2013, qualifying in 2016 and earning promotion to audit senior predominantly specialising in audit.

Mr Masasi has been an audit senior at BDO since 2015 having qualified as a chartered accountant in Zimbabwe in 2013. He has gained extensive experience in audit and business advisory services and is skilled in internal control and systems audits.

Ms Bandama, Ms Sondaba and Mr Munengwa joined BDO as audit seniors in 2017 having all qualified and gained experience in South Africa.