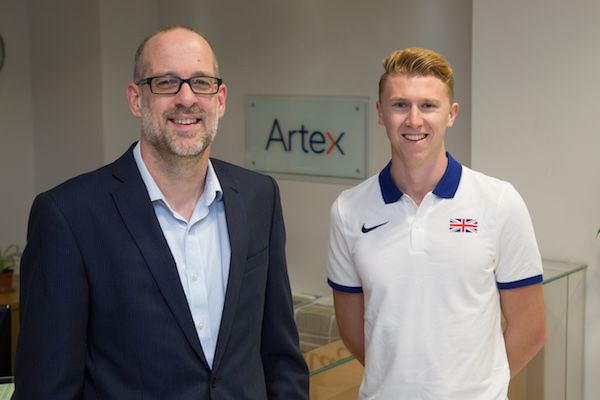 Artex says it is proud to sponsor one of Guernsey's most promising young athletes; Cameron Chalmers, who has been described by the firm as "making strides towards his career goals".

The 21 year old is already competing for Great Britain all over the world, breaking records and "quickly gaining media attention whilst proving his potential among many of the big names".

“It’s a pleasure to be able to support Cameron's endeavours in even a little way such as funding support. We’ve learnt how hard he works and such commitment takes intense dedication. Cameron is a great example of the quality talent that is cultivated on the island; something that we at Artex are dedicated to supporting.”

“I’m really grateful for the sponsorship Artex have given me, it will help make many things possible for me, such as warm weather training and pre-competitions. The training is for the Commonwealth Games in Australia, focusing on representing Guernsey and attempting to qualify for Great Britain in the European Championships later this summer. All this helps me to work towards my long term goal of competing in the Olympic Games in Tokyo come 2020.

"It’s a very exciting time in my life and I’ve never trained harder.”

Artex says it is "proud to sponsor a young athlete with a promising future ahead".

You can follow Mr Chalmers journey on social media @camchalmers400