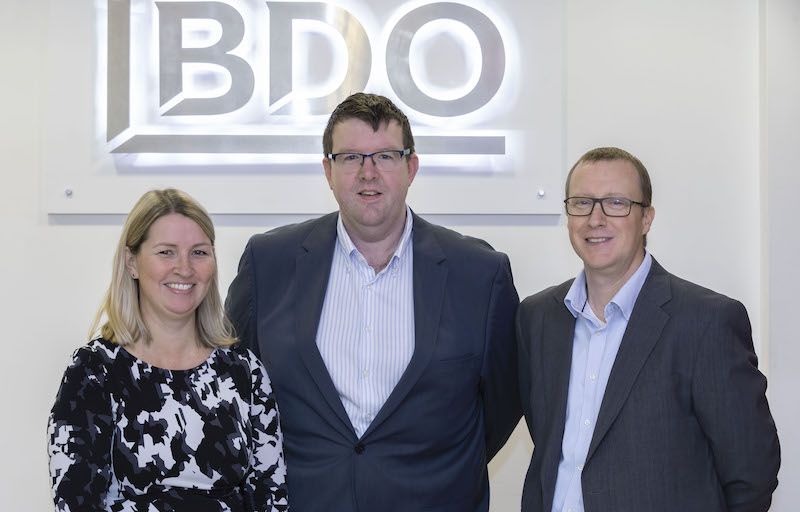 BDO in Guernsey has promoted 14 of its staff across its audit and tax services.

Caley Clarke and Ronan Morrison have been promoted to client director in the tax and audit streams respectively.

Ms Clarke has more than 25 years of experience in the tax sector and has been part of BDO since 2017. Mr Morrison joined BDO in 2011 after qualifying with a top-five firm of Chartered Accountants in Ireland.

Both Tino Munengwa and Olga Stratulat have been promoted to audit managers recognising their continuing valuable contribution to the audit stream.

Other promotions within the audit team include Kudzai Bandama and Zak Damarell to audit assistant managers along with Emma Archenoul, Tonny Madzikatire, Inocent Matema, Vennah Mutambo and Alanna Symphorien to audit senior supervisors. In addition, Zack Figueira has been promoted to audit supervisor.

Justin Hallett, Executive Director and Head of Audit at BDO in Guernsey, said: “It’s always fantastic to witness our people consistently deliver above and beyond for their clients and their peers, so these promotions are richly deserved.

"It is fundamental to our culture to nurture our people professionally and help them to achieve success within their careers. We believe in celebrating our people’s career progression and rewarding their hard work – huge congratulations are in order for all these promotions."