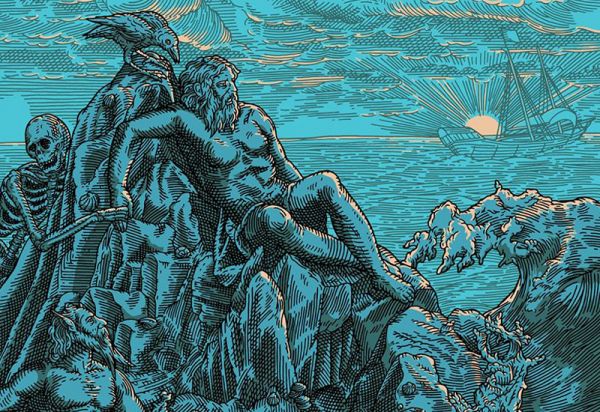 POSTPONED: A Renaissance of Victor Hugo

This event has been postponed.

Art for Guernsey is delighted to announce that its next show, A Renaissance of Victor Hugo, is to be held on the Albert Pier from 23 April until 3 May.

This year Art for Guernsey’s artists in residence are the internationally acclaimed Daniel Hosego (London) and Oleg Mikhailov (St Petersburg). Both artists are incredibly versatile and contemporary in their approach, while still strongly influenced by the Renaissance period. They were tasked with the daunting mission of revisiting the legacy of the ultimate ‘Renaissance Man’ in Guernsey, Victor Hugo. Daniel and Oleg’s astounding artworks were inspired by Toilers of the Sea, Hauteville House, Hugo himself and the myriad symbols and metaphors of the Renaissance.

The free exhibition is to be held in three impressive domes, and will offer a visual feast as well as cultural enrichment for everyone who visits. The Art for Guernsey team doesn’t want to give too many spoilers away but you can expect an immersive experience the likes of which has never before been seen in Guernsey.