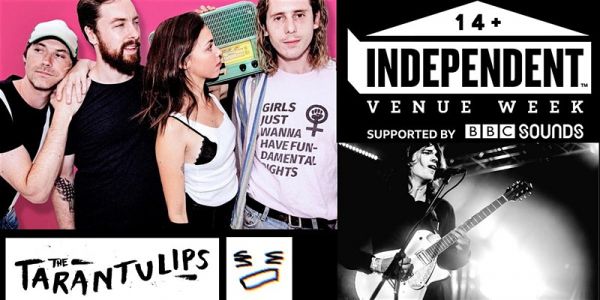 Beach Riot formed back in February 2017 and started playing their finely tuned alternative rock and crunchy indie pop tunes live at beach bars, parties and venues on the UK South Coast. Their singles and EP have picked up support from BBC Introducing and Radio X, which lead to a festival slot at Reading & Leeds.

Stone Cold Fiction played the Vale Earth Fair in 2019, and made such an impression with their cool psych influenced brand of fuzz, that they were invited back to Guernsey to play in front of their ever growing fan base over here.

Chaos BOTB winners Case on the Base from Guernsey