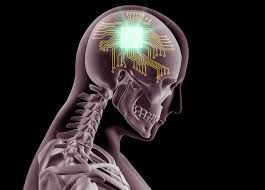 The Level 2 and Level 3 Year 1 students of The Guernsey College of Further Education's Performing Arts course present Gizmo a one act play by Alan Ayckbourn.

Set 15 years in the future GIZMO is a hilarious Sci-Fi comedy that will make you laugh while, at the same time, asking some very relevant questions about the growing link between human beings and our technology.

A team of scientists have created a device called GIZMO that allows the wearer to control another person’s movements. Ben has a GIZMO fitted to help him recover from his post-traumatic paralysis but, when it falls into the hands to of the criminal underworld he finds himself under the control of some very scary people.