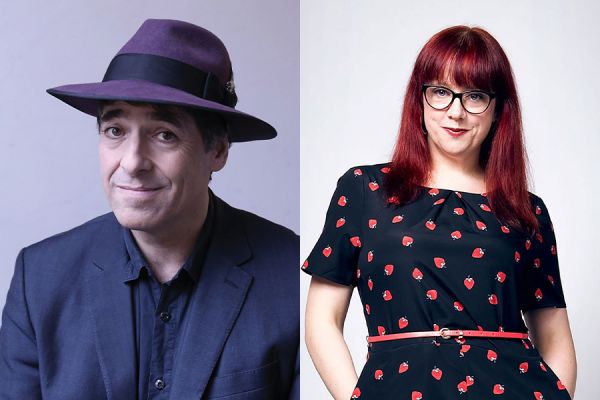 Award winning writer and comedian Mark Steel is best known for his critically acclaimed BBC Radio 4 show Mark Steel’s In Town. Now in it’s 8th series, In Town went onto to win the 2018 BBC Radio Awards Best Comedy Show. Mark also presented the BAFTA nominated Mark Steel Lectures for BBC Two, and is a regular on the BBC’s Have I Got News For You and The News Quiz. He has written several, acclaimed books and writes a weekly column for The Independent, for which he was awarded the prestigious Columnist of the Year in 2017.

After a career in health and social care, Angela Barnes took the plunge and embarked on her life-long dream to be a comedian. Within a couple of years she had won the 2011 BBC New Comedy Award and became a finalist at the 2011 Latitude Festival New Act of the Year competition. Since 2011 Angela and her witty worldview have been catapulted onto numerous radio and television shows, including appearances on BBC One’s Mock The Week, Live At The Apollo and BBC Radio 4’s The News Quiz. In 2017 she took over the prestigious role as host of BBC Radio 4 Extra’s Newsjack. She is now about to host her 4th and final series of the show. Angela had a series commissioned based on her debut Edinburgh show You Can’t Take It With You which saw her write and perform four 30 minute episodes for BBC Radio 4.