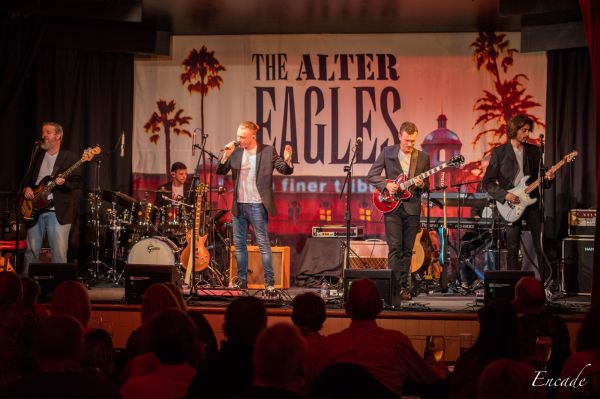 JUST TOO BUSY BEING FABULOUS – Going direct to the heart of THE EAGLES.

THE Alter EAGLES are an amazing six piece Eagles band based in Sussex. Since their debut gig in January 2004, they've established themselves as one of the country's top tribute acts, headlining at theatres nationally.

Playing a mix of old and new Eagles' songs, all the classics - including Hotel California, Take It Easy, One Of These Nights, Take It To The Limit, Desperado and Life In The Fast Lane - as well as Henley and Walsh solo numbers and some rare treats in a full evening show the band have built a reputation as one of the most faithful EAGLES shows in Europe, ensuring that the audience enjoys a loving note-for-note recreation in sound and vision of all the Eagles', Henley and Walsh greatest hits and lots of great banter between the songs just the way it should be done.